In Portland they build a mile of cycle path for every mile of road. It's one of the most bike-friendly places in the USA

“Keep Portland weird'... the city's slogan says it all

Portland takes pride in its eccentricity, which makes it a thoroughly entertaining holiday destination. It's home to the world's biggest annual World Naked Bike Ride for a start, with ten thousand naked cyclists taking to the streets. Oregon also contains a town called Boring which, no doubt, is considerably less interesting than Portland!  Whether you want to buy big or small, whether it's art or wine, food or souvenirs, Portland has it all and like the rest of Oregon, there's no sales tax... so put bargain hunting on your road map. 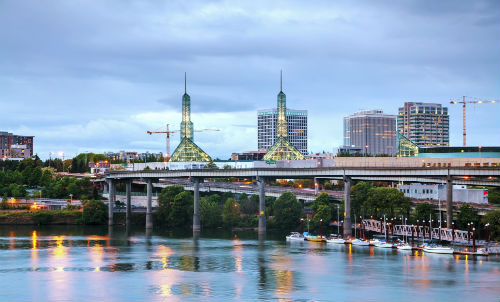 Matt Groening, creator of The Simpsons, comes from Portland. Some of his characters are named after its streets.
Late night dancing, karaoke and comedy are all on the cards in quirky, vibrant Portland, and in the many great bars there are plenty of late night happy hours to partake in. Here are 3 of the top attractions in this lovely green city.


Experience all three, tack on Portland Art Museum, the Museum of Contemporary Art and a trip to USS Blueback, the nation's last non-nuclear fast-attack sub, and you'll begin to get the picture
View Itinerary
A Multi-State Escape
From £1799.00 (inc flights and hotels)

Start your trip in Washington and soak up the iconic music scene of Seattle, then head to Oregon’s Portland with its funky urban vibes. Embrace the old-town charm of California’s capital city, Sacramento, and treat your taste buds to the wonderful wines of Napa Valley. ... 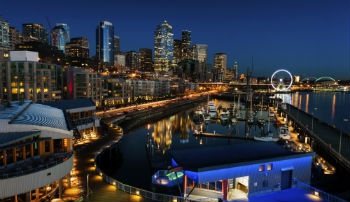 > View itineraries
Treat yourself to an evening at the Aladdin Theater in the city's Brooklyn neighbourhood, explore Blue Lake Regional Park. Crystal Ballroom, originally called Cotillion Hall, is a historic building dating back to 1914 where dance revivals were held throughout the Great Depression. Join the dance party every Friday night and trip the light fantastic.


A stroll around Lone Fir Cemetery provides fascinating insights into the city's past. And Colonel Summers Park, created in 1921, is a lovely place to chill out whilst watching the locals doing their colourful thing.
"Portland is a place where you can find a community as a feminist, a vegan or a fat activist. Artists, musicians, knitters and film makers can all meet like-minded souls." - Beth Ditto
The harrowing yet enormously worthwhile Oregon Jewish Museum and Center for Holocaust Education is dedicated to the history of the state's Jewish communities. In a city of lovely parks, 8 acre Sellwood Riverfront Park is a mellow place to relax. And Oaks Bottom Wildlife Refuge is another excellent city park, 141 acres of urban wilderness studded with easy walking trails, full of native plants and wildlife including huge bald eagles and elegant herons. The First Regiment Armory Annex, known by locals as Portland Armory, is a historic place built in 1891 to house the Oregon National Guard. These days it's a small, sophisticated theatre hosting a wide variety of performances. The Keller Auditorium is its big brother, host to world-class plays and musicals. 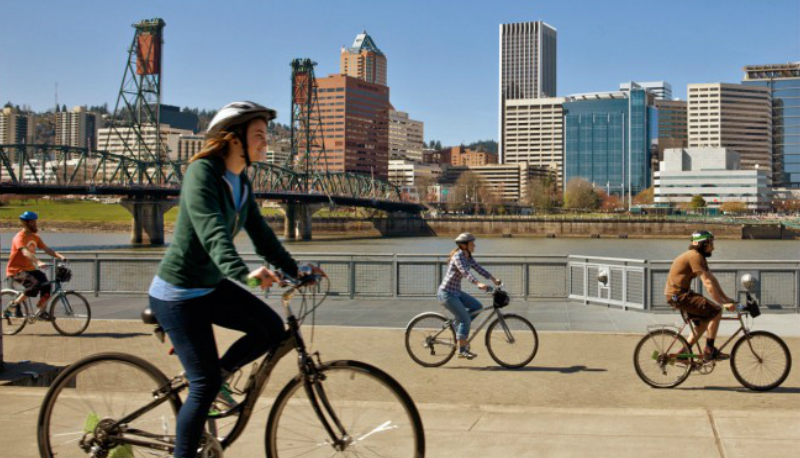 The misty blue Tualatin Mountains form a striking ridge that separates Portland from the cities in the Tualatin Valley. Known by locals as the Portland Hills, they're particularly popular with forest lovers and geology buffs. Visit the Disjecta Contemporary Art Center, where you'll find a variety of forward-thinking exhibitions, events and celebrations. You'll find dynamic programmes designed to showcase new work and encourage fresh collaborations between local artists, curators, and viewers, the beating heart of the creative community. Wacky Portland welcomes absolutely everyone. Compare the tolerant, chilled vibe with Brighton in Sussex and you're on the right track.
California Experts
Fully Protected