Solvang is paradise for wine lovers, with over a dozen wine tasting rooms in town

The village of Solvang is tiny, just four blocks by four

Beautiful Solvang is pedestrian-friendly, which means you can sit down, relax and watch the world go by in peace, comfort and safety without being menaced by petrol fumes. As well as a constant stream of excellent wineries and wine tasting rooms, both in town and out, there's the Mission Santa Ines to explore, a quaint old church building. And the Solvang Vintage Motorcycle Museum is the perfect destination for petrol-heads. 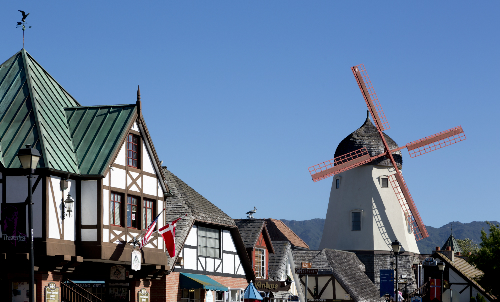 Historic Solvang is affectionately known as 'Little Denmark', built by Danes in the early 1900s.
Solvang offers excellent shopping, with more than 150 independent retailers to explore throughout the town. You'll find imported goods from around the world as well as upscale art galleries and fashion boutiques.


There's even an antique emporium, A Piece of the Past. With 26 dealers spread over 4,000 square feet, it's the perfect destination for unusual souvenirs.
View Itinerary
San Francisco and Wine Country Delights
From £2929.00 (inc flights and hotels)

Taste some of the best wines in the world and make the most of the glorious site seeing opportunities along the way. 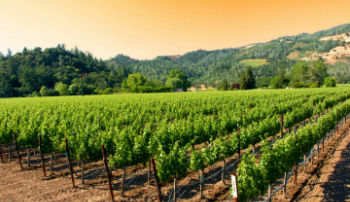 > View itineraries
Solvang was founded in 1911 by a group of Danish people who wanted to set up a colony far away from the bleak, difficult midwestern winters. Much of the architecture is built in traditional Danish style and there's even a miniature replica of the Copenhagen Round Tower, aka the Rundetårn, in the town centre, completed in 2001.


In 2004 the hit movie Sideways brought the town to prominence. Partly as a result, there are more wineries in and around the town than ever before.
If you love Danish pastries, you're in luck. Several restaurants and pastry shops serve tasty Danish specialities, a real taste of old Europe in the wild west.
Solvang still celebrates its Danish roots with a variety of folk traditions. The yearly Danish Days event takes place during the third weekend of September, the festivities are led by a 'Danish Maid'. Entertainment includes æbleskiver eating competitions - a traditional round Danish pancake - plus folk music and dance, parades, floats and marching bands. Try spicy medisterpølser, a Danish pork sausage and visit the 700 seat open air Festival Theatre, built in 1974 and hugely popular with the locals. Visit Michael Jackson's Neverland Ranch, just ten miles to the north, and the stunning Nojoqui falls seven miles to the south west. Tiny Solvang has three museums to explore: the Everhoj Museum showcasing the town's history, the Hans Christian Andersen Museum and the Vintage Motorcycle Museum. 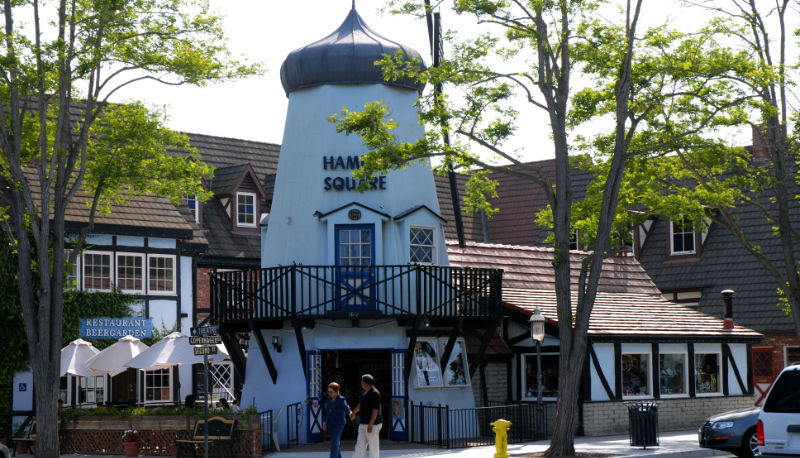 Love a flutter? The Native American-owned Chumash Casino Resort is just 5 miles away, opened in 2013. There's a massive 94,000 square foot gaming area complete with slot machines and table games, and a hotel and spa with 106 rooms. The casino attracts a whopping 6,000 people a day, almost all locals. The town is also a little cycling heaven, a hugely popular destination for cyclists with stunning surrounding countryside and variable terrain perfect for every level of cyclist, from potterer to racer and endurance specialist. As you can imagine, bike hire is a big thing here and the town is home to several annual amateur cycling events.
California Experts
Fully Protected