Despite its brash reputation, LA is a cultural mecca with more than 100 museums to explore

The beating heart of the USA's TV and movie industry

In LA everyone wants to be a star, or so they say. With Hollywood within its city limits, this vast conurbation has a personality all of its own. Some Americans hate it with a passion, others love it with the exact same level of enthusiasm. It's a living contradiction... and it's totally fascinating. Hollywood Boulevard, the Walk of Fame and an extraordinary big city experience awaits you. So hold your breath and dive right in. 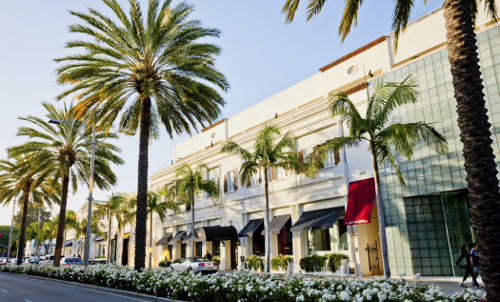 Los Angeles' weather is more or less perfect, and every season is equally lovely.
Over 44 million tourists visited LA in 2014, a city covering a massive 472 square miles. It's home to over 3 million people from 140 countries, who speak 86 different languages. Built in a hot, dry desert basin, the city is ringed by the beautiful San Gabriel mountains and cut in half by the Santa Monica range. And there are 75 miles of coastline to explore. Here are three of the most interesting and popular places to visit.


Take in all three of these for a full-bodied flavour of this truly extraordinary, mind-blowingly sprawly city.
View Itinerary
Southern California Highlights
From £1539.00 (inc flights and hotels)

Soak up the atmosphere in a number of California’s ‘dream destinations’. From the glamorous streets of LA to the rugged beauty of Yosemite National Park, this unforgettable road trip will let you experience the State’s most loved cities along with some of the world’s mo... 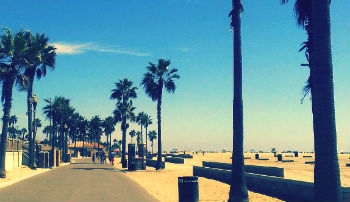 > View itineraries
The glorious, endless 75 mile Los Angeles County coastline is like nothing you'll find in Britain or Europe. It's studded with massive, breathtaking sandy beaches, stretching from Malibu to Long Beach. But there's much more to this extraordinary and eccentric city than sun, sea and sand.


Los Angeles is one of few cities in the world where it’s possible to ski in the morning and surf in the afternoon. Once you've taken in some of the tourist hotspots, why not head for the snow 'n' surf?
“I love Los Angeles. I love Hollywood. They’re beautiful. Everybody’s plastic, but I love plastic. I want to be plastic.” - Andy Warhol
Traditional wisdom says you can't live without a car in LA. But these days travelling on foot or by bicycle is an excellent way to capture the real-life everyday vibe of this monster city. Take the inner city Griffith Park with its 50 miles of hiking trails. Altogether the city boasts an enormous 431 miles of cycle paths and there are all sorts of hop-on, hop-off public transport-led city tours available. Downtown LA's nightlife is extraordinary, ideal for party animals with countless bars and nightclubs. In Hollywood there's the infamous Drai’s and The Colony to enjoy. And Universal CityWalk Hollywood, a prime tourist spot, features everything from the Hard Rock Cafe to Howl at the Moon, famous for its fierce piano duels. 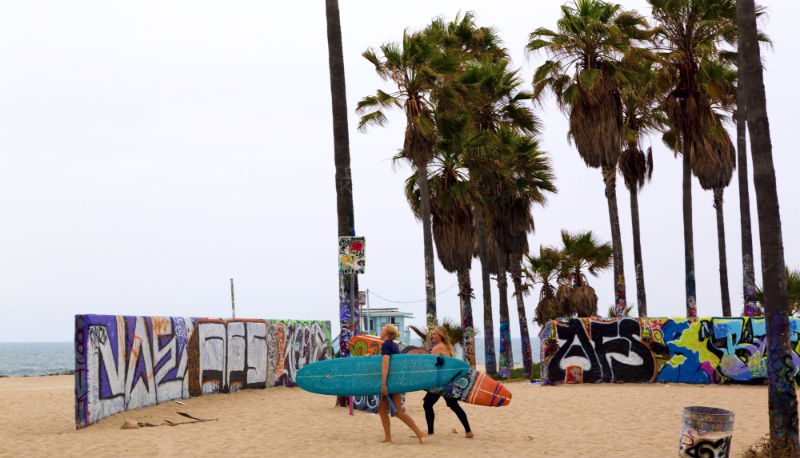 There's fun on tap at every point here for visitors. Tickle your funny bones at the legendary Hollywood Improv Comedy Club and the Laugh Factory. See an outdoor concert at the Hollywood Bowl. Or visit Los Angeles County Museum of Art on Museum Row. Excellent monthly artwalks take place all over LA, including Venice Beach where you'll also find Venice Beach Recreation Center with its basketball, handball, tennis and volleyball courts, kid's play area and infamous posing bodybuilders. And there are lots of theme parks including Six Flags Magic Mountain and Disneyland.
California Experts
Fully Protected